The Adventure Playground at the Whittier Community Center in Logan, UT is a fairly large playground built specifically to be 100% Accessible for children and adults with disabilities.

The park has two play areas. The larger of the two play areas hosts a large, castle-themed play set, swings, benches, and lots of other toys and is built for children 5 years and older. The second play area includes a train-themed playset, smaller slides, swings, and toddler-sized climbing toys. Both play areas are entirely fenced in.

adventureTURF was contracted to resurface the toddler playground with poured rubber in beautiful colors and designs. This playground was designed to be wheelchair accessible right from the start. When the park opened, the ground was covered in a black tile padding, but the tile has become weathered and worn. They were were separating and starting to curl up at the corners—making for dangerous trip hazards. The black color was also hot in the summer months on the ground.

adventureTURF installed poured rubber playground surface using green and blue colors to both match the existing play equipment, but also to add to the fun. The blue allowing children to pretend they were playing above a “river” and hopping into “puddles”.

The result is a beautiful new playground surface that is both nice to look at and fun to play on. 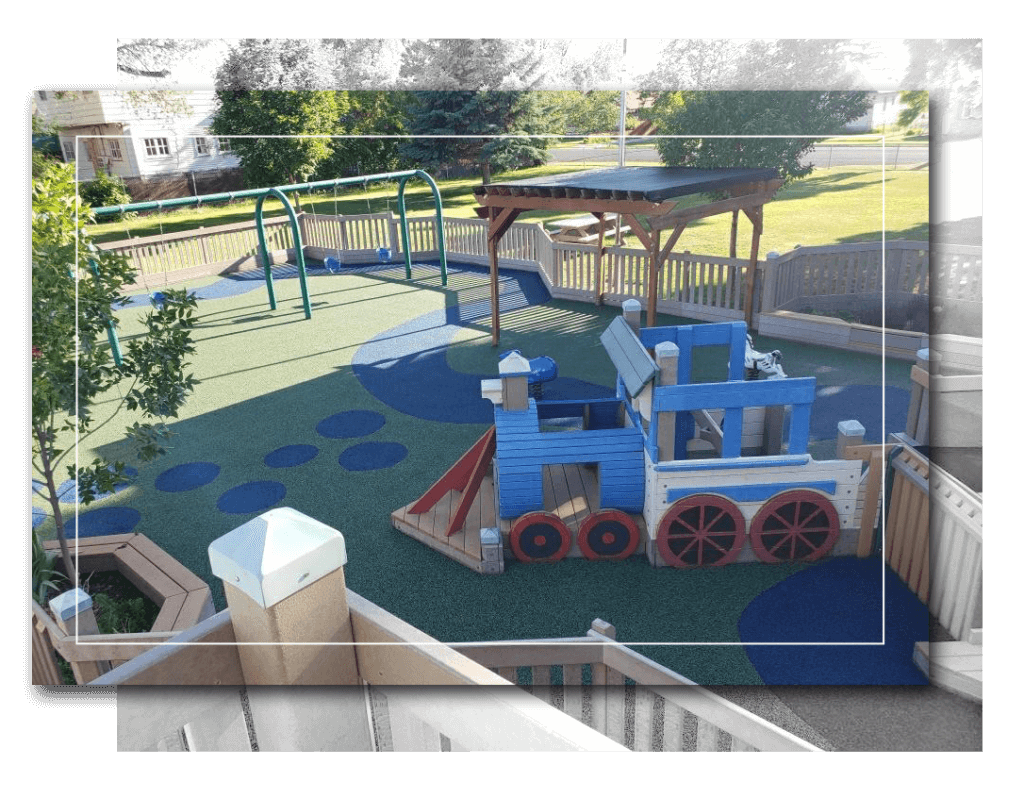 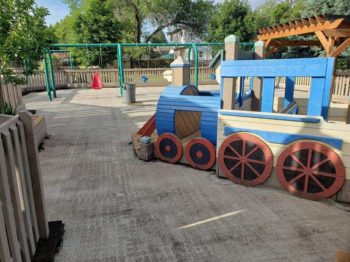 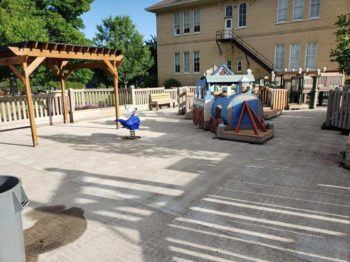 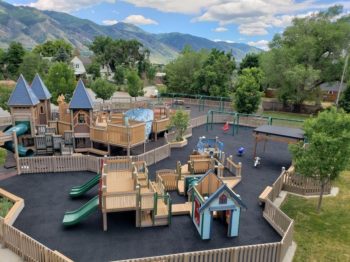 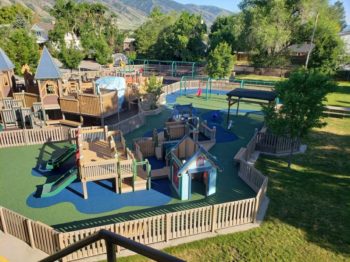 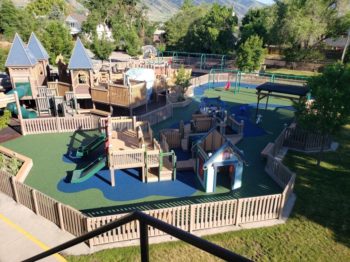 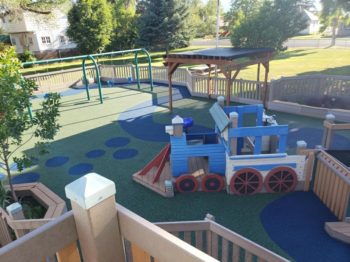 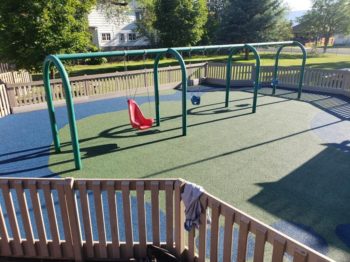 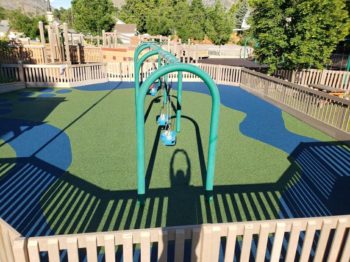 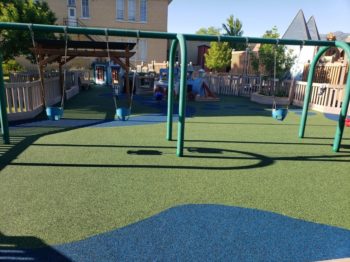 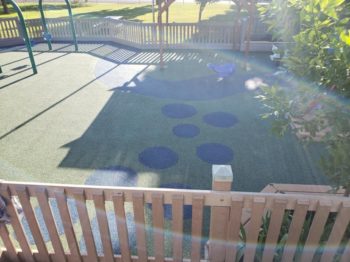 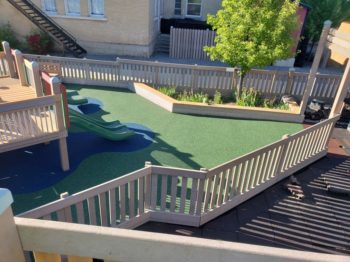 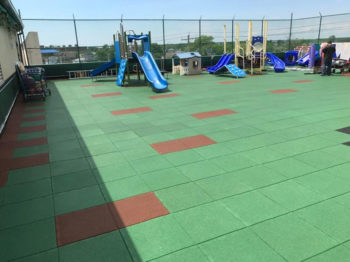 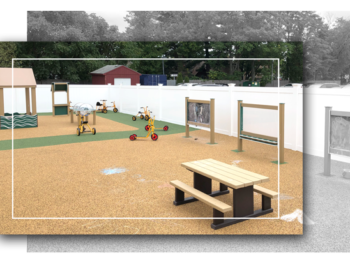 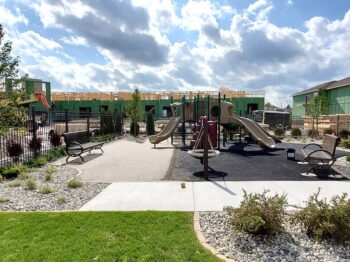